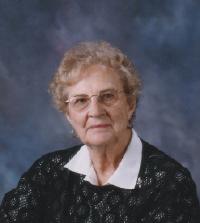 On 29 September 1910, the following obituary was printed in the Waterbury Republican newspaper:
Mrs. Eliza Kilbride
Mrs. Eliza Kilbride, widow of John Kilbride of 329 East Main street, died at her home early yesterday morning after an illness of about a year, but not until the past week when she was stricken with paralysis was her condition considered serious. She had lived in Waterbury since childhood coming from Ireland with her parents, Mr. and Mrs. Finton Phelan. She was a life long member of the Immaculate Conception church and was prominent in the church work. She is survived by three daughters, Margaret A., Mrs. Sara Smith and Mrs. James Henebry and one son, John. She is also survived by one sister, Mrs. Edward Dowling and one brother, Patrick J. Phelan. The funeral will be held from the Immaculate Conception church tomorrow morning at 8:30 o'clock. Friends kindly omit flowers.2