John's funeral was on 19 December 1903 at Waterbury. It took place from his residence, 398 Baldwin street at 9'oclock to the St. Francis Xavier church, where a mass of requiem was celebrated by the Rev. Father Curtin. Among the floral offferings were the following: Anchor of flowers inscribed "Our Brother" from Mrs. Frank Synnott and Daniel Phelan; standing wreath inscribed "Papa" from children of the deceased; pillow, "At Rest", from the employees of the plating, dipping and polishing rooms of the Waterbury Buckle Co; pillow from Court Falcon, F.of A; standing cross from the Entertainers' Club; star of roses from the Star Social club; bouquets from D. Shannon, M. Egan and H. Reilly. The pallbearers were Timothy Brennan, Garrett Sullivan, John Condon, William Daly, Thomas Kane and John Saxe, the last three from Court Falcon.77 He was buried on 19 December 1903 at St. Joseph's Cemetery, Waterbury, Connecticut.8,78,79

80 On 17 December 1903, The following obituary was written in the Waterbury Evening Democrat:

John J. Phelan, aged 47 years, died yesterday afternoon at his residence rear 398 Baldwin street, after a short illness with cerebral hemorrhage. Besides his widow, he leaves six sons, Dennis, John , William, Daniel, Joseph, and George; one daughter, Mrs. William Riley; one brother, Daniel, and a sister, Mrs. Frank Sinnott. The deceased was a member of Court Falcon. F. of A. The court will meet tonight to take action regarding the funeral which will be held Saturday morning with a mass of requiem at St. Francis Xavier's church and interment in St. Joseph's cemetery.80

M, b. 7 April 1882, d. 14 November 1924
John J. Phelan was born on 7 April 1882 at Waterbury, Connecticut. The physician was E. W. McDonald.13,14,4
John J. Phelan appears as John Phelan, age 17, in the census of 15 June 1900 at 398 Baldwin Street (rear), Waterbury, Connecticut,in the household of John J. Phelan as his son.2 John J. Phelan resided there with his parents and siblings: Dennis, Mary, Sarah, William, Daniel, Joseph, and George15and worked in the buckle shop in Waterbury.2,9 He resided in 1912 at 332 Baldwin Street with his mother, Mary, his uncle Daniel, and his brothers William and Dennis.16 He resided in 1917 at 332 Baldwin Street with his mother, Mary. His brothers George and Dennis were also listed in the directory along with his great uncle, Daniel Phelan.17 He was a hoseman in 1917 at Waterbury, Connecticut.17
With no end in sight for World War I, the United States instituted its third and final registration. It included all men who were between the ages of 18 and 21, and 31 to 45 years of age. This added younger men than the previous registration, those who were born between September 12, 1897 and September 12, 1900; and added an older group of men, born between September 12, 1873 and September 12, 1888. John J. Phelan filled out a draft card on 12 September 1918 at Waterbury, Connecticut, The registration card shows that he was of medium height, slender build, and had blue eyes and black hair.3 He resided in September 1918 at 332 Baldwin Street with his mother, Mary.18
His WWI Draft Registration Card, shows that he was a laborer at the Waterbury Button Company in September 1918 at South Main Street, Waterbury, Connecticut.19 He was a pallbearer for Daniel J. Bergin, his uncle, on 26 January 1920 at Waterbury, Connecticut.20
John J. Phelan, age 38, appears as head of household in the census of 31 January 1920 in Waterbury, New Haven, Connecticut, with Dennis John Phelan; The original census taker wrote down incorrect names and ages of the occupants. But, from street directories and past census, I believe this is who was living here at that time.4 The Census of 31 January 1920 indicates that he was a machine hand in a brass shop.4 John J. Phelan resided in 1920 at 332 Baldwin Street with his siblings: Dennis, George, William and Sadie. His uncle Daniel was also living in the household. Sarah's two sons were likely there as well but were not shown on the street directory. Children under 18 were not included in the directory with Daniel Phelan, Dennis John Phelan, George Vincent Phelan Sr., William F. Phelan, Sarah A. Phelan, George Christopher Reilly and William F. Rielly.21 John was employed by S & J Mfg. Co. in 1920 at Waterbury according to the Waterbury Street Directory.22
Sometime after 1920, he was hired by the City of Waterbury to work in the Street Department. That was his employment written on his death certificate.5 According to Ralph Phelan, his nephew, John's nickname was Shorty. Ralph never met his uncle. His WWI Draft Card lists him as being medium height, so it is puzzling where the name came from.9,23
John J. Phelan died on 14 November 1924 at St. Mary's Hospital, Waterbury, Connecticut, at age 42 from alcoholic overstimulation. His sister, Sarah, was an informant to his death.5,6,24

His obituary appeared in the newspaper as follows:
City Workman Dies Suddenly
John Phelan of 71 East Clay Street, a workman for the city, died suddenly last night at his boarding house. He had been ill for about two days but had a sudden turn for the worse yesterday. Dr. A. A. Crane, the medical examiner, said that his death was due to natural causes.

Another announcement was made in the evening paper the same day:
John Phelan, son of the late John and Mary Hennessey Phelan, pioneer Irish residents of the city, died last night at the home of his sister, Mrs. Sarah Riley, 59 South View Street. He was a native of Waterbury and a member of the Eagles. He is survived by four brothers, Dennis, William, Joseph, and George and one sister, Mrs. Sarah Riley.7

The following obituary was written in the Waterbury Democrat: on 30 January 1932 Mrs. Sadie A. Rielly of 434 Baldwin street died early this morning at St. Mary's Hospital after a brief illness. Mrs. Reilly was a native of this city, the daughter of John and Mary Hennessey Phelan. She had a wide circle of friends and acquaintances in the Washington Hill section where she was highly respected.39

This obituary was printed in the Waterbury Evening Democrat:
Many friends about the city today mourned the death of William Phelan, of 700 Baldwin Street, proprietor's of Bill's Grill, 552 Baldwin Street. He died late last night at St. Mary's Hospital after a brief illness.
Mr. Phelan was born in Waterbury, the son of the late John and Mary Hennessey Phelan, who were among the city's early Irish residents. He was educated in Waterbury and at an early age showed great proficiency as an amateur athlete. He was an early member of the Washington Hill A.C. He was also active in the St. Joseph T.A.B. and played with the baseball and basketball teams of that organization.
He served as manager of the Elm A. C. baseball and football teams for a number of years.He was a member of Sheridan Council, Knights of Columbus for more than 20 years.Prior to entering the restaurant business, he served for a number of years as store room clerk with the New Haven railroad.
Known to hundreds of Waterburians, Mr. Phelan was of quiet disposition. He had the esteem of all who knew him for his sincerity, his quiet humor and willingness to offer personal help.
Surviving are three brothers, Dennis J., George V., and Joseph F., a member of the Waterbury police department; also eight nephews and two nieces.
The funeral will be held from the home, 700 Baldwin street, Monday morning at 8:30,with a solemn mass of requiem at St. Francis Xavier church at 9 o'clock. Burial will be in new St. Joseph's cemetery.11
His obituary printed in the Waterbury Republican newspaper was as follows:
William Phelan, prominent in amateur athletics for many years and a widely known resident of the Washington Hill section, died Thursday at St. Mary's hospital of penumonia after a brief illness. Mr Phelan was born in this city the son of the late John and Mary (Hennessey) Phelan, early Irish residents of the Washington Hill district. For a number of years, he was employed as a clerk at the local branch of the New Haven road. Always actively interested in amateur athletics, Mr. Phelan was a member of the St. Joseph's Temperance society baseball team, a member of the Elms baseball and football teams and was one of the active leading members of the Washington Hill Athletic club. He was also a member of Sheriden council, Knights of Columbus. Of late years, he had been proprietor of a restaurant at 652 Baldwin street. Mr. Phelan is survived by three brothers, Dennis J. Phelan, Joseph F. Phelan, member of the Waterbury police department and George V. Phelan, member of the Waterbury fire department; and eight nieces and nephews. The funeral will be held Monday morning at 8:30 o'clock from the home, 700 Baldwin street, to St. Francis Xavier church, where a solemn high Mass will be celebrated at 9 o'clock. Burial will be in new St. Joseph's cemetery.33

14 May 1904, Waterbury, Connecticut: The following obituary appeared in the Waterbury Evening Democrat:

Daniel Phelan of 398 Baldwin street died this afternoon after an illness of four years, caused by a fall from a tree. The boy was only fourteen years old. The funeral will take place Monday. Besides his mother, his surviving relatives are four brothers, Dennis J., John J., Joseph and George, and a sister, Mrs. William Riley.10 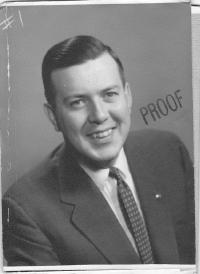 M, b. 25 April 1953, d. 16 October 2001
Guy F. Pollard was born on 25 April 1953 at Waterbury, Connecticut..5,6
Guy F. Pollard was an MIT employee for 20 years. He worked in the Nuclear Reactor Laboratory and the Center for Materials Research in Archaeology before going to the Physics Department. He was a member of the department's Lecture Demonstration Group, and he helped in freshman and junior lab and in the student shop between 1981 and 2001 at Massachussetts Institute of Technology, Cambridge, Massachusetts.7,8
Guy died on 16 October 2001 at Medford, Massachusetts, at age 48.1 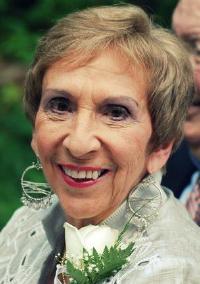 Phyllis and George resided in 1955 at Spencer Hill Road, Winsted, Connecticut.5
In 1967, the Connecticut Directory shows that Phyllis was the vice president of the George Phelan Insurance Agency, Inc. supporting him in his business side by side at 518 Main Street, Winsted, Connecticut.6,7
Phyllis Bishop died on 14 December 2021 at Noble Horizons Nursing Home, Salisbury, Connecticut, at age 89 from complications of a stroke.1