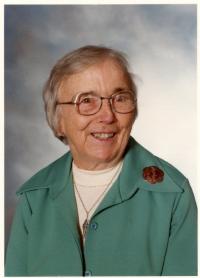 F, b. 29 September 1880, d. 24 May 1891
Annie Beatrice Mahony was born on 29 September 1880 at 67 Holly Street, Sheffield, England..1,2,13,14,6 She was also known to have been born on 2 January 1881 at Sheffield, England.15
Annie Beatrice Mahony appears as Betrice Mahony, age 6 months, in the census of 1881 at 63 Holly Street, Sheffield, Yorkshire, England,in the household of Joshua Mahony Sr. as the daughter of his son, Joshua, along with other family members: Jane Baker, Joshua Mahony Jr., Eliza Ann Travis Littlehales, John Walter Mahony, Elizabeth Mahony, Thomas Mahony and Henry Mahony.8 Annie Beatrice Mahony resided there with her parents. Her paternal uncle, John, and paternal aunt, Eliza, were also living there as well as her cousins, Tom and Harry Mahony (Joshua's brother Fred's children).8
Annie immigrated on 20 April 1883 to New York, New York, sailing from Liverpool, England on the S. S. Adriatic with her parents and brother, Percy.16

It seems that after many of the Mahonys arrived in America, their surname spelling got changed to Mahoney.18
Percy resided in 1891 at 100 High Street, Waterbury, Connecticut, with his parents and sister, Clara, and brother, Ernest.19
In 1895, Percy resided with his parents and siblings, Clara, Ernest, and Will at 33 Welton, Waterbury, Connecticut.20
After the death of his mother, his father moved Percy, Clara, Ernest, and Will to31 Welton, Waterbury, Connecticut.21
Percy Mahony appears as Percy Mahoney, age 17, in the census of 14 June 1900 at 55 Wood Street, Waterbury, Connecticut,in the household of Joshua Mahony Jr. as his son, along with his siblings: Clara Edith Mahony, Ernest Mahony and William Henry Mahony3 and the census shows that he was a day laborer at that time.3
Percy Mahony petitioned the court to become a citizen on 21 October 1904 at Waterbury District Court, Waterbury, Connecticut...22
From at least between 1905 and 1915, Percy was employed by the Waterbury Clock Company. First as an adjuster and then eventually moving up to Inspector at the time of his death. (His daughter, Bernice, said that he made dollar watches at the company.)23,24,25,26,4,27,28,29,30,31,10,32
Percy Mahony married Beatrice Aida Smith, daughter of Seth Smith and Hannah Mary Rigg, on 29 May 1905 at Third Congregational Church on Washington Avenue, Waterbury, Connecticut. Thomas Mahony, Percy's cousin, was a witness to the marriage as well as Frederick W. Morton.33,34,35,10,36,37

The following obituary was printed in the Sacramento Bee:
MAHONY, Sherry (Naomi)

Passed away unexpectedly on March 19, 2010. Born in Hollywood, she was a true California native. She was preceded in death by her loving husband Robert, 37 years ago, and moved to Sacramento in the early 1980s.

In spite of her age, she was youthful, independent and forward-thinking. She was a loyal supporter of her family, friends and the community. Her love for her daughters was paramount. She is survived by her married daughters Pat Mahony Getz and Linda LaTendresse and their husbands Randy Getz and Jim LaTendresse. She had unconditional love for her grandchildren Keith and Matt LaTendresse and Camille Getz. Her grandchildren have described her as strong, funny, spiritual, a great T.V. companion, thoughtful and never failed to make their favorite dishes.

Having an avid interest in art, she took classes at Sacramento City College and loved to critique her daughter Pat's art work. She was supportive and loyal to her large and diverse community of friends. After moving to Sacramento, she developed a passion for golf which led to lifelong friendships. As part of her charity work, she volunteered at the American Cancer Society 's Discovery Shop for over 20 years. She was an active member of the Widowed Persons Association of California (WPAC). Adding to her many interests, were weekly card games and bridge. A vibrant spirit, she loved to travel and had a particular fondness for Hawaii and Paris.

Additional survivors include her brother Allen Cheney, his wife and their children. She maintained a close and supportive relationship with her deceased husband's side of the family, especially cousin Barbara Poole and her children.

A celebration of life is being planned for late April.2